Coolly built and elegant third-person shooter where players can go to 19th-century Constantinople. They are given the position of a local law and order official, who is chosen to clear the city’s territories from all kinds of criminals and villains who threaten the populace. Open world, authentic historical features of the time , a large range of weapons, horses for quick travel, story quests, random events and much more will certainly please all lovers of truly amazing games for many, many hours of thrilling gameplay. Using various types of revolvers to take your enemies down, or go for a quiet strategy, go undercover and kill your enemies with knife throwing, or melee attack. Fight rpg-style crime in town with your own action. Weapon shooting is a rough way, the competent way is silent assassin style. 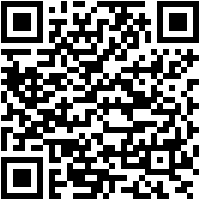 Prepare for the Adventure Free Spider Game to fight in playing great game man with amazing powerful abilities in which a beast and hero battles and defeats the gangsters city and criminal forces Playing your Hero Spider. With the skill of Legendary Martial Artist Turtle, Spader Kid can save the town from the builders and another green monster on the street. Only Spider Kids will defend people and save the city from an incredible warrior using his Fantastic Powers and fantastic strength without weapons with extraordinary murder. 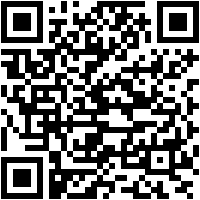 Evil Lands is a 3D MMORPG which gives you the chance to experience the game as though you were playing an RPG for one player, even though you’re going to share this world with others. You’ll have the opportunity to see and talk with other players, as well as complete solo missions (no cooperation required). Controls are very quick and easy to use in Evil Lands. The virtual stick for movement is on the left side of the screen, and the action buttons are on the right. You’ll only be able to use the basic attack in the beginning, but you can unlock new abilities as you start to level up. You’ll also get new skills each time you level up and you’ll have the ability to develop some of your apps. The key features will be stamina, strength , agility and luck. They will depend on your safety and the amount of danger you can inflict, as well as being able to hit your enemies harshly enough. The higher your rank, the better it will be for your arms and armours. Evil Lands has 2 game modes in it. On the one hand there’s the style of cooperation where you can’t attack other teams. On the other side, there is the PVP mode where in real-time you can face other teams. Only bear in mind that you’ll need to hit level 8 to enter this second game mode. Payback 2 is a third-person action game, inviting you to play lots of different minigames, all based on weapons and speed. Using your machine gun, you’ll just as easily sit behind a massive truck’s steering wheel or before a rival gang. Payback 2’s gameplay could remind you of something you’ve seen in the Grand Theft Auto, Saints Row and other similar sagas. The biggest difference is that you will have a simple mission screen where you can pick exactly what you want to do, instead of being within a massive open city where you can run about freely. Any of Payback 2 ‘s missions are races and you’ll find a whole host of different ones: taxi races, truck races, luxury car races, etc. You could chose to face a rival gang as well, and seek to get rid of as many enemies as possible. You can use: cars, machine guns, grenades, knives, etc. to complete your mission. Payback 2 is a very fun action game which offers loads of settings, game modes, vehicles and weapons. You may also use the main menu to customize your character by selecting between dozens upon dozens of skins and other accessories. 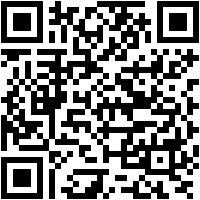 Sky Combat is an action game that allows you to fly a bunch of fighter planes to engage in realistic, exciting fights. Using the 3D settings to find all your enemies and use the features included in each plane to claim your authority. One of Sky Combat’s most fascinating aspects is that you need to unlock parts which can change your fighter planes. That’s right, you don’t have to settle for the game’s airplane versions, you can customize some of the features yourself. Plus, you get absorbed in the great visuals in every setting. The Sky Combat control panel is completely easy to handle. Click left side of the screen to push each of your planes. You can also use a bunch of action buttons to adjust the view, open fire on the enemies or increase the speed. Always very helpful is the detail in the viewfinder that informs you about the technical criteria and the co-ordinates you are looking in. You can also find out the number of enemies on the upper part of the screen each team took down. Bear in mind that the only way to win is by knocking out all the opponents in front of the opposing team.