Invictus: Lost Soul is an online card trading game that, during exciting sword fights, challenges you to face other players from around the world. You’ll need a strong dose of experience, strategy, and pace in order to win. Gameplay in Invictus: Lost Soul is relatively simple: you will need to use one of your cards in order to perform some action during the battle. You need energy to do that, which you can recover by the second. The collection of your deck of cards is one of the most significant features of Invictus: Lost Spirit. Each card has its unique characteristics that allow you to perform different abilities at different speeds, resulting in different types of effects. So it is important that you really get acquainted with your cards well. Besides customising your deck of cards, Invictus: Lost Soul lets you customise your team of heroes. You can use a bunch of armors, gauntlets, boots, helmets, shields, etc. You can also level up each piece of equipment so that it can provide more powerful features for you. Invictus: Lost Soul is an outstanding game for card trading that includes a special and exciting gameplay and excellent visuals. As well as cards, guns, and armors, the game also includes a bunch of content. Inuyasha Awakening is an RPG based on the popular Rumiko Takahashi-created manga. We’re talking about an Action RPG that allows you to face thrilling 2D battles where you get to control this unforgettable storey’s characters: Kagome Higurashi, Miroku, Sango, Inuyasha and a bunch more. You will be following the original storey of the 1996 manga in this game with quick combat against all kinds of enemies. The controls of Inuyasha Awakening are normal in the genre, so you have to concentrate on avoiding enemies and using the buttons on the right side of the screen to conjure special attacks. The legendary side-scrolling beat’em up is reminiscent of these wars, although the length of the screens is very short. Via the normal gacha system, you can get new characters, but you can also get them through the levels of the various game modes. Bear in mind that you can take more than one character at a time, but only one of them can be directly controlled by you, and the others can attack independently. And as usual in this type of game, by having new items or investing in the different currencies of the game, you can level up their characteristics and skills. In an alternative gaming world, a world where demons, monsters rule, and all mankind is under the yoke of this evil, a colourful three-dimensional action game arcade storey that evolves. You have to destroy the monsters and bring harmony back to the world, and you will play as the legendary basketball player Shakil O’Neill. In this case, all the celebrities will open up their true faces. Excellent graphics, easy management and a lot of game features should be noted separately. Knights Battle 2: Honor & Glory in the Middle Ages is a 3D action game. You get to control a knight in full armour this time and engage in thrilling one-on-one duels. Plus, you can fight against the AI of the game or even against other players online. Controllers are perfectly suited to touch screens in Knights Battle 2: Honor & Glory. Using your left thumb, you can control your sword’s trajectory and block enemy attacks. Bear in mind that you can swing your arm that way if you aim your sword in one direction and press the attack button. In Knights Battle 2: Honor & Fame, the two main game modes are single-player campaign modes and multiplayer duels. You battle against super-strong enemies in the first one, which helps you to earn all sorts of prizes, such as new helmets, armors and weapons. On the other hand , the second mode gives you the ability to test your abilities against enemies from all over the world. Knights Fight 2: Honor & Glory is an exceptional game of action that offers you the chance to experience mediaeval fights. You will also have at your disposal a wide range of weapons: swords, spears, maces, dawn stars, and much more. 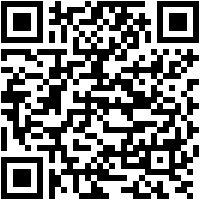 Super Brawl Universe is a 2D fighting game like Street Fighter, Tekken, and Mortal Kombat, where you fight with some of the most common characters from different Nickelodeon shows (just to mention a few notable examples). We are talking about, amongst others, SpongeBob SquarePants, Invader Zim, Korra, and Arnold. For touch screens, gameplay in Super Brawl Universe is fine. You can protect yourself by tapping the left side of the screen, while tapping the right side of the screen allows you to attack. On the other side, running your finger across the screen lets you dodge attacks or use a special attack. Super Brawl Universe has different game modes. You progress through a series of levels in the tournament mode, each time competing against stronger and stronger rivals. You get chests with character cards inside as a reward. Online fights, where you fight against other teams, are another truly enjoyable game style.