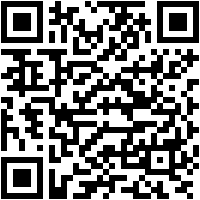 The world of Final Gear is set in the continent of Nechries, which was the final world to be destroyed by the dispute between three major powers. As the leader of the mercenary group “Black Arc,” the player will assume the role of a pilot who is responsible for piloting the boarding-type mobile armoured weapon called “FINAL GEAR.” The game features a real-time battle system that, along with other features of the various pilot allies, uses the mech’s various weapons and abilities. Players may also configure their own systems with various parts of their own spreads of status. With this, along with creating and coordinating different team combinations, players can create their own custom structures appropriate for each battle. There are several routes on which to construct in terms of characters. One of which is the scheme of responsibility, through which you can develop a more intimate relationship with your favourite characters. You’ll find hundreds of levels in Raziel: Dungeon Arena, filled with monsters hiding around every corner. In each level of the game, your goal is to find and finish the boss at the end. But you’ll need to explore each scenario very carefully before you can do so. To find special things such as gold, new pieces of equipment, and much more, you wander around freely. Each of the levels was developed with a great deal of care and consideration, offering you a realistic experience that is immersive and highly detailed. Players can get together in hubs between one stage and the next. This is a safe area that offers players a place to speak to each other and, most importantly, you will get to take on fresh adventures, win rewards for previous successful quests, and customise your hero. You can also equip new weapons and armour for your character, pick new combat skills , increase their attributes, and much more. You will also make friends with other players as well as join as a party in active cooperative campaign missions. Raziel: Dungeon Arena is an utterly spectacular action RPG. It provides a fun and clear game system for players as well as impressive graphics. Plus, for a single player, it comes with a large range of content and over a hundred distinct campaign mode levels. Not to mention the number of PVP modes, the cooperative mode, and the ability with other online players and much more to build your own clans.

Action Taimanin is a role-playing action game in which we will have to free the city of Tokyo from the invasion of the great demon that took over it. The city of Tokyo has been taken over from another dimension by demons and all seems to be lost … But, luckily, you came here to sort things out and put an end to the chaos in the city. In Action Taimanin, a role-playing and action game in which we will face all of the monsters from the underworld, that is where the storey takes off. There are three brave female warriors in the game and we’re going to have to pick one of them for the battle. They’ve got very emphatic physiques, for the fun of the jerko … Instead, to let us see that heroes don’t always have to be guys. Anyway, back to the point: we will be able to unlock new characters when we select one of these warriors who will aid us in combat. More than 30 of them are there and they give us all sorts of combos of attacks. 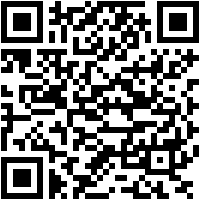 Excellent graphics action game in which everything you need for an entertaining and exciting pastime is given to players while controlling the main character. Both melee attacks and remote magic attacks can be delivered by the selected character. A number of creatures, traps, obstacles, challenges, as well as enormous bosses are waiting ahead of him. As well as the ever-changing scenery of a labyrinth without end. Victories and treasures discovered can help pump up warriors, boost weapons, as well as replenish destructive magic powers in the Arsenal. This game is an Omni-directional 3D model shooter. The player can shape a team of 3 Witches, like in Strike Witches: Silver Wings, and control the team’s leader. Each character has a special ability that can be enabled during the battle. In real-time multiplayer, up to 4 players will be able to play the combat process. For those who are not good at shooting games, there is also an auto-mode available. It features a gacha system in which it is possible to spend in-game currency or real money to draw characters, support cards, memo cards and outfits. In the lobby, outfits can be changed. It will also provide a bonding system in which, by giving gifts and communicating with them, players will strengthen their links to the witches. Growing the bond would unlock the tale of the character. It is possible to level the characters, and the Striker Units and weapons can be upgraded.